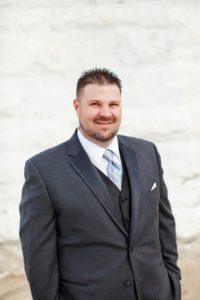 The current owner of Luke Renchan Entertainment and handles most of all bookings and consultations. Luke is the son of Luke T Renchan and started in his pre-teens as an assistant to his father. Starting in High School, Luke began performing his own DJ events under the company name East Coast Sound. Then Luke took over operations of Luke Renchan Entertainment back in 1997 and terminated East Coast Sound. Luke has been a Entertainer/DJ for since 1992. Ever since then, Luke has taken the company to another level. He tends to perform at over 100 weddings a year and needs to be booked well in advance as a Full Time Disc Jockey.

As the founder of SNAP DJ’s – Southern New England Association of Professional Disc Jockey’s, (www.snapdjs.com) and one of the founding members of the RI Wedding Group (www.riweddinggroup.com), he cannot stress enough the importance of networking and building relationships! Luke has been involved with ILEA (International Live Events Association)  for 8 years, and was elected to the ISES-RI board of directors (www.ileahrhodeisland.com) , and served as the VP of Membership. He is also a member of the Newport Chamber of Commerce, NAME-National Association Mobile Entertainers and ADJA-American DJ Association. DJ Times Magazine featured Luke as a Mobile Profile for the month of January 2008.  Luke is now the current Membership Director for the 2018 Rhode Island Wedding Group.