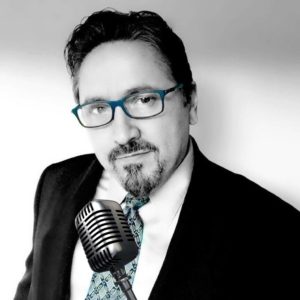 Karl Detken is L.R.E.’s newest member, recently transplanted from California to New England. In that short time, he has become one of the most sought-after entertainers in New England with over 1,400 calendar reservations in the brief time he’s been here. His clients book him as far as three years in advance to make sure he is available.

Since 1975, Kalifornia Karl (as Detken is popularly known) has performed over 11,000 shows. Even before leaving his lifelong home in California, he became one of the most in-demand music providers around. Altogether, Kalifornia Karl has garnered over 500 “Five Star” reviews and countless accolades from professional colleagues and audiences alike. His achievements include winning TV’s Star Search in 1991, as well as singing in the movie DUETS, which stared Gwyneth Paltrow and Huey Lewis. Additionally, in 1999 Karl was the recipient of The American DJ Association’s “DJ of the Year” award for his contribution to the industry. Today, from his new home base in New England, Karl is ready to bring his unique brand of “Joyful Noise” to your wedding, anniversary, birthday, fundraiser or corporate party, and make it the one-of-a-kind occasion it deserves to be!